From Hoosiers to Rudy and beyond, Indiana is known as the home for some compelling motion pictures that stand the test of time. But Angelo Pizzo, the producer of those iconic movies, says they would not be shot in the state today due to the lack of incentives for filmmakers.

As the 2019 Indiana General Assembly session winds down, efforts continue to change that. Proponents tout the film and media production rebate program as a jobs and economic development bill. The supporters contend that Indiana has lost out on a minimum of $80 million in potential film and media-related business in recent years, citing a $50 million Netflix project on Indianapolis businesswoman and entrepreneur Madam C. J. Walker as an example. That series is filming in Canada.

Representative David Frizzell authored the original legislation that supporters now hope will find a place in the budget bill. Previous attempts focused on a tax credit, similar to those offered in neighboring states. This year’s legislation features a rebate based on a minimum spend of $500,000 and at least 50% of production taking place in the state. A rebate of up to 35% on workforce development and internship labor (with smaller amounts for qualified in-state labor and expenditures) could be earned following a state audit.

In addition to construction and related service jobs that accompany film production, opportunities would be expected to open up in interactive technology, audio and video production, animation, video graphics and more. Pizzo and Film Indy Commissioner Theresa Sabatine recently said on Inside INdiana Business with Gerry Dick that nearly 20 Indiana colleges and universities offer film and media programs, but it is estimated that more than 60% of those graduates leave the state.

WISH-TV reported earlier this year that Indiana is one of 16 states without incentives for film production. 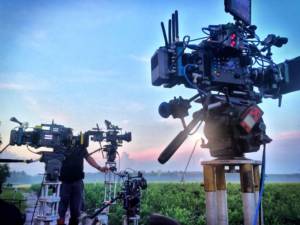