“The next tour starts at 2 p.m. You can wait in here until then,” imparts an affable volunteer at the Indiana Medical History Museum (IMHM).

He leads me inside the two-story, dark red Old Pathology Building. Established in 1896, it’s the oldest intact pathology facility in the United States. Within walking distance stands Central State Hospital, which operated from 1848 to 1994. 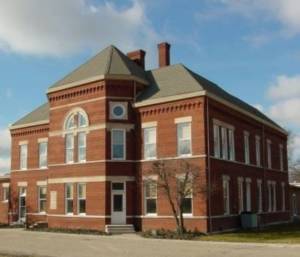 According to the IMHM’s web site, throughout its 150-year history Central State Hospital treated patients with a variety of diagnoses, including schizophrenia (or dementia praecox), depression (melancholia), general paresis, hysteria, alcoholism, senile dementia and epilepsy. The hospital’s Pathological Department opened in 1896 in order to research causes and treatments of these diseases.

Despite its macabre contents, the museum (launched in 1969) is uplifting, reflecting the brilliance of pioneers in psychiatric research.

My favorite stop was the teaching amphitheater. Or was it the library, full of old medical books? No, it’s got to be the autopsy room. Approximately 1,000 autopsies were conducted! Also interesting: a 1950s-era doctor’s exhibit set up in a former morgue.

BizVoice® magazine featured the IMHM in a 2013 Getting to Know feature.

To commemorate its 50th anniversary, IMHM kicked off its Rehumanizing the IMHM Specimen Collection exhibit with a special July 9 event.

Press release excerpt: The stories the old labels tell are not human stories. They are stories of disease and disorder told from a very clinical perspective. There is certainly value in that, intellectually and scientifically. But they inadvertently take away the humanity of the individual represented. … But in 2019, as we celebrate our 50th year as a museum striving to serve the greater public, it is time to change this interpretation. We want them to be remembered in death for who they were and not for their tumor, their lesions, their traumatic brain injury or their congenital defect.

Symone Skrzycki is the senior communications manager for the Indiana Chamber. She is also a senior writer for the Chamber’s award-winning BizVoice magazine and has been with the organization for 19 years.