Advancing in the Area of Drone Delivery

Our BizVoice® magazine has offered several stories in recent years on drones and their potential for business and societal impact. The following is from Tribune News Service.

This just might be the near future of pizza delivery:

A guy at your local pizza place loads your pie onto a drone idling on a compact launch/landing pad in the parking lot. Another guy, maybe even in another state, launches the drone remotely and pilots it five or 10 minutes to your house, where the pie is lowered by tether to your waiting hands. 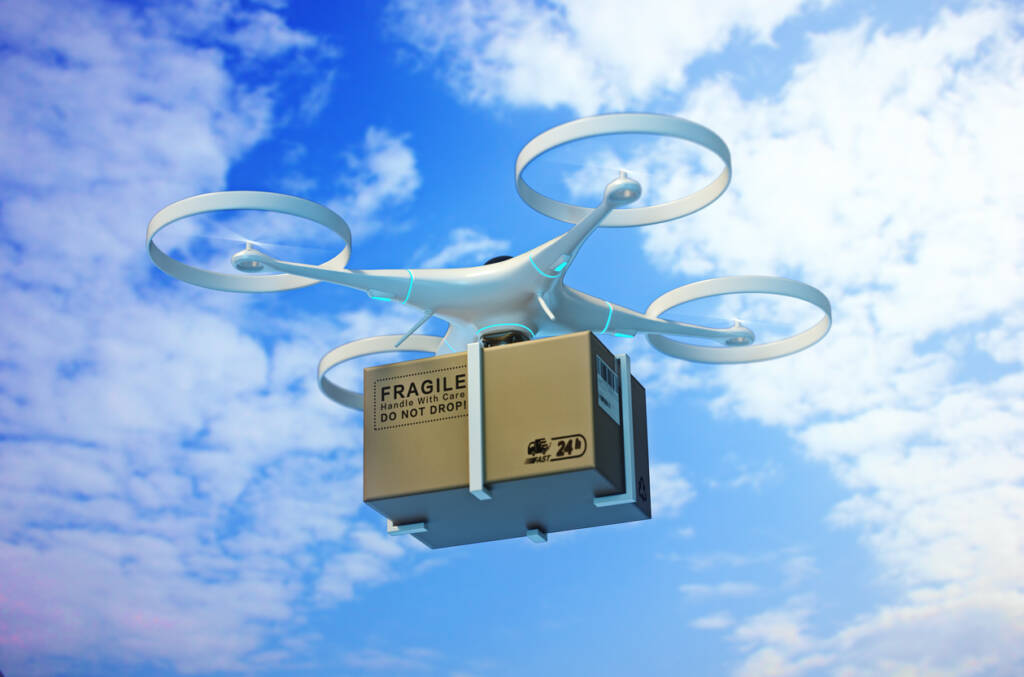 It’s not quite “The Jetsons,” but it’s getting there.

NASA Langley Research Center has a hand in making it happen. Its engineers and scientists have been helping to develop and test the technologies, including “detect and avoid” computer software and safety features, to enable drone delivery systems like this one.

“NASA has multiple ongoing projects researching into the world of unmanned flight,” said David Meade, a Langley spokesman. The space agency is partnering with industry, academia and the regulatory Federal Aviation Administration to test the concepts and technologies needed “to help move this industry forward.”

The delivery scenario is but one of many potential uses for unmanned aerial systems envisioned by Matt Sweeney, the Australian-born American founder and CEO of Flirtey Inc.

Sweeney recently unveiled his latest delivery drone, the Eagle, which is bound for real-world testing in Reno, Nev. If all goes well, Sweeney plans to soar higher still. And soon.

“We’re on track through our work with the FAA to start routine delivery demonstrations to customer homes in Reno this year, and we’re on track to get all of the commercial regulatory approvals that we then need to scale nationwide in 2020,” Sweeney said. “So this is going to happen a lot faster than I think a lot of people had realized.”

He said he’s already lined up commercial customers like Domino’s Pizza and 7-Eleven.

The Eagle was built to fly in nearly all inclement weather conditions. Sweeney said its maximum payload volume and weight is proprietary, but the drone can handle about 75% of package deliveries. The ultimate goal is to make each delivery in under 10 minutes.

“We’re going to put delivery drones at every local mall in America,” Sweeney said. “At every local store that wants them.”