3 Things You Need to Know About Employee Drug Use

This area of the law reminds me of one of my favorite lines from the movie Fletch. While Fletch is impersonating a police officer (disclaimer: you should not do that), a teenager asks Fletch if he is going to jail for car theft. Fletch asks: “Why? Did you steal the car?” 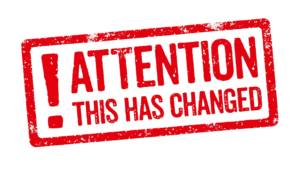 Without missing a beat, Fletch responds: “Well, I am not even sure that a crime anymore. There’ve been a lot of changes in the law.”

That is the world of employee drug use. Laws are constantly in flux regarding medical use, CBD oil, decriminalization, legalization, drug testing and discipline for drug use. These are many of the questions storming through companies and leaving a wake of confusion. While this is a complex area of the law, here are three things you that need to know:

OSHA took the position that blanket rules requiring post-accident drug testing would violate anti-retaliation rules (i.e. they would deter employees from reporting accidents). In the wake of the new rules, employers had to take a closer look at their drug testing policies and roll back rules requiring automatic drug testing in the event of accidents. While employers can still test in these situations, they must use discretion and have a reasonable belief that drug use contributed to the accident.  Yet, consistent with this area of the law, changes may be coming soon.

While employers may discipline employees who are under the influence of drugs at the workplace during working hours, it is not as clear for off-the-clock drug use. Employers are asking whether they can discipline or terminate employees for legal, off-the-clock drug use. In recent years, the answer to that question has gone from “Yes!” to “Most often, yes” to “Well, maybe.” And the reasons for the changes are new state laws and court decisions seeking to provide some workplace protection for employees engaging in legal, off-the-clock use. Thus, being familiar with your governing state laws is essential.

Adam Bartrom is a partner in the Fort Wayne office of Barnes & Thornburg.