The Centers for Disease Control and Prevention shares a shocking statistic in a June report: the suicide rate in the United States rose by a quarter between 1999 and 2016.

A number of celebrity deaths from suicide have brought the issue to the forefront of public discussion in recent months. 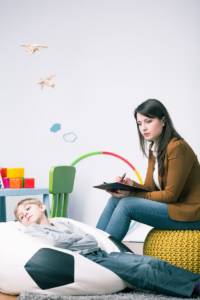 Pew Research Center has more on the youth mental health initiatives in Virginia and New York. An excerpt is below.

By educating children of all ages about mental health, the hope is that they will learn how to recognize early symptoms in themselves and their friends and seek help before a crisis develops, said Paul Gionfriddo, president and CEO of Mental Health America, a nonprofit that advocates for better mental health care.

“People are talking more about youth mental health and the effects of trauma on kids, but it’s taken a long time to get traction. I think what we’ve seen recently in terms of school shootings is spurring this,” Gionfriddo said. “It wouldn’t surprise me to see a number of states go in the same direction over the next few years,” he said, referring to New York and Virginia.

The rate of adolescents experiencing major depression surged nearly 40 percent from 2005 to 2014, according to a study by researchers at the Johns Hopkins University School of Medicine, rising to an estimated 2.2 million depressed children ages 12 to 17, according to the most recent federal data.

But that only accounts for the deaths. Nearly 9 percent of youths in grades nine through 12 attempted suicide in the past year, according to the CDC’s 2015 Youth Risk Behaviors Survey.

In response, many states have increased funding for school counseling and added psychologists to their health staffs. Others are thinking of doing the same. Republican Texas Gov. Greg Abbott this month recommended adding more counselors to schools following a mass shooting at a Santa Fe school. His is one of 20 states that don’t require school counselors.

And most states have adopted so-called mental health first aid programs to train first responders, primary care physicians, teachers and other school personnel to detect the signs of mental illness and addiction and provide preventive measures including referral to treatment.

In addition, a slim majority of states mandate suicide prevention training for school personnel, and close to a dozen states require annual courses. More than a dozen states encourage and facilitate training, but do not require it.

The Wellness Council of Indiana will host a Mental Health First Aid training on September 5 from 8 a.m. to 5 p.m., as a pre-conference workshop before the 2018 Indiana Health and Wellness Summit. The training introduces participants to risk factors and warning signs of mental illness and will also include information about substance abuse. Register and find more information here.