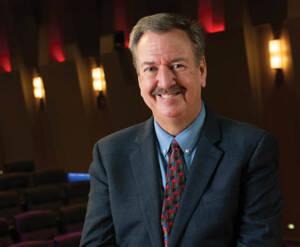 Sweetwater Studios has selected a local musician as the winner of its “Record Your EP for Free” promotion.

Sweetwater Studios is a wholly owned subsidiary of Sweetwater Sound, the largest online music instrument retailer in the country. Touted as the “ultimate destination for music gear,” Sweetwater Studios is that and more. Its Fort Wayne campus features three studios, a performance center and award-winning studio professionals.

Founder and CEO Chuck Surack was recognized as the Indiana Chamber’s 2019 Ogletree Deakins Business Leader of the Year. He’s an entrepreneur (owns 12 other businesses), musician (plays a mean saxophone) and philanthropist (contributes to a multitude of causes). Read the BizVoice® magazine story and view awards video.

This year, singer/songwriter Greg Jones of West Lafayette will receive up to 10 hours of studio time at Sweetwater Studio to record two original songs. Thousands of people across the country submitted entries. The catalyst for the contest was a desire for Sweetwater Studio to continue living out its mission of being open and accessible to up-and-coming artists.

Symone Skrzycki is the senior communications manager for the Indiana Chamber. She is also a senior writer for the Chamber’s award-winning BizVoice magazine and has been with the organization for 19 years.