Indiana didn’t see a blue wave like other parts of the country, but there was enough upheaval and uncertainty that a few state Republican incumbents found themselves on the short end of the vote tally. Indiana’s U.S. Senate battle proved to be not much of a tossup, with the outcome decided earlier than expected. 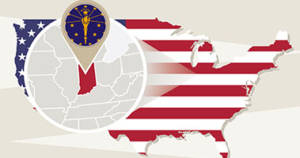 The top line for the Indiana General Assembly: Nothing changed significantly as both the House and Senate remain firmly in Republican hands – with the supermajorities still intact. Yet, there were some close calls and a few incumbent defeats.

Below are among the most noteworthy and hard-fought races for incumbents, with the winners bolded (* = Indiana Chamber endorsement):

Below is Indiana Chamber analysis of the midterm highlights. Additional commentary and a full results recap of every legislative, statewide and congressional office is available at www.indianachamber.com/2018election.

The Indiana Chamber is pleased so many business champions came through in the end. In particular, Rep. Carbaugh in Fort Wayne and those in the suburbs around Indianapolis all faced formidable opponents in districts where the demographics are more challenging.

Conversely, we are sorry to see Rep. Siegrist in Tippecanoe County defeated and Reps. Julie Olthoff and Hal Slager in northwest Indiana likely to lose their seats. We say likely for Olthoff because Porter County still had not counted all its votes as of 8:30 a.m. EST, while Slager is on the wrong end of a thin vote margin – around 50 votes; that may put the outcome in doubt, especially if there is a provisional ballot battle. With Porter County still up in the air, that also means victory cannot yet be confirmed for Rep. Soliday, though it’s expected.

If you didn’t hear much about open seat races in the General Assembly, there’s a reason for that.

There were so few this election, especially competitive ones; that’s not happened in over a decade.

Of note: Mike Gaskill did come through in SD 26, while Linda Rodgers took SD 11; both were Chamber-backed candidates.

The Indiana Chamber’s political action group, Indiana Business for Responsive Government (IBRG), was actively involved – in time, strategy and financial support – in most of the above races.

The stakes in this election were very high for employers across our state. Currently, Indiana is a good place if you want to create, launch or grow a business – and it needs to stay that way. The state’s transformation didn’t happen by accident. It took leadership, risk-taking, policy advocacy and, most importantly, winning elections to put pro-jobs, pro-economy legislators in office.

Since 1990, IBRG has notched an impressive win rate of over 85%, helped to unseat more than 40 business-hostile incumbents and aided in the election of scores more who champion free-enterprise issues.

Many eyes – both locally and nationally – were on Indiana’s Senate race, where Republican challenger Mike Braun of Jasper defeated Sen. Joe Donnelly by a surprisingly comfortable margin.

Republican turnout was heavy and more than counteracted Democrat intensity and independents voting for the incumbent. Another bonus for Braun: President Trump came to Indiana twice the week leading up to the election to further enthuse the Republican base – already galvanized to a large degree following the Supreme Court hearings and vote for Justice Brett Kavanaugh.

In terms of messaging, Braun spent much of his time in the waning days and weeks tying Donnelly to Senate Minority Leader Chuck Schumer and the more liberal policies and actions of the Democratic Party. Coupled with a desire to keep the Senate in Republican control, this was a winning combination that seemingly pushed the bulk of even the more moderate Republicans to Braun.

The Indiana Chamber, which did not make an endorsement in this contest, enjoyed a good working relationship with Braun when he was in the state Legislature. We expect that to continue in the U.S. Senate, and Braun has pledged to work closely with us on issues impacting the business community and its workers.

As for the U.S. House races, there were no surprises for Indiana. All the incumbents won and the two open-seat races in IN-04 and IN-06 went to Republicans Jim Baird and Greg Pence, respectively – both of whom the Indiana Chamber endorsed in the general election.

With the Senate remaining in Republican control and the House flipping to the Democrats, let’s hope that signals a noticeable return to working together and searching for common ground.

Rebecca Patrick is vice president of PR & communications for the Indiana Chamber. She is also the managing editor of the Chamber’s award-winning BizVoice magazine and has been with the organization for 15 years.