Comprising the Some College, No Degree Class 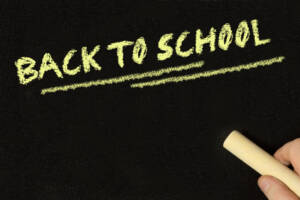 The Indiana Chamber has reported numerous times on the approximately 700,000 Hoosiers with some college but no degree. Inside Higher Ed published this recent analysis of the national scene, based on a new report.

College leaders and policy makers are paying more attention to the millions of adults in the U.S. who attended college but didn’t earn a credential. Yet many questions remain about this population — not just how to better recruit and serve them, but who they are.

A newly released report from the National Student Clearinghouse Research Center helps fill in some of the blanks.

The nonprofit group used data from institutions that collectively account for 97 percent of the nation’s postsecondary enrollments. It was able to track individual students across institutional boundaries, including when they left college and if they later enrolled at another institution.

The result is an unusually extensive view of the “educational trajectories” of the 36 million Americans the center identified who left college without receiving a degree or certificate. Several experts said the findings have wide implications for colleges, systems and federal and state policy makers.

As of December 2018, 36 million people from the center’s database had attended college since 1993 but failed to earn a credential at any U.S. institution and were no longer enrolled in college. That figure was up 6.6 million, or 22 percent, during the five years since the center first released a data report on this population.

The center was able to make some conclusions about who these former students tend to be. Its findings included:

A growing number of colleges and organizations are seeking to find these students to encourage them to return to college and earn a credential, in part so they didn’t spend time and rack up debt without getting a payoff in the job market.

The center’s new data show that roughly 10 percent of people with some college, no degree have a high potential to earn a credential if they re-enroll. These 3.5 million “potential completers” carry the equivalent of at least two years’ worth of full-time college enrollment during the past decade.

Potential completers are younger than the rest of their peers with some college, no degree. Most (58 percent) are below age 30, compared to 23 percent overall. They also were more likely to have been in their 20s when they last attended college (75 percent compared to 56 percent) and were enrolled more recently.

Roughly a million former college students without a credential whom the center identified in its 2013 report have since re-enrolled and are now completers.