A Welcome Goodbye to Double Taxation

One element of the Governor’s 2019  successful economic development legislation, Senate Enrolled Act 563, made a significant change to tax policy regarding how Indiana apportions income derived from the sale of a service – aka what is taxable in Indiana. The provisions switch Indiana from what is known as the cost of performance (COP) method to the market-based sourcing (MBS) method.

This is a big deal for businesses with a portion of their sales outside of the state. 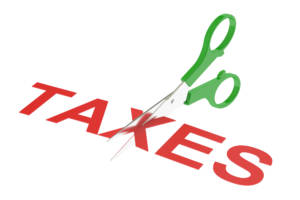 The COP method taxes a company based on where the cost of performing that service is incurred. Under COP, a company that produced the service outside of Indiana and sold it to an Indiana customer is not taxed here. But a company that produced the service in Indiana and sold it to a customer outside of Indiana paid tax on that income. Meanwhile, under MBS, a company’s income is apportioned based on where their customer is located, not where the cost of producing the service is incurred.

So what does that all mean? A company will only pay tax on income generated by sales of the service to Indiana customers; those companies that are located outside of Indiana will have to pay tax on the income they generate from sales of a service to Indiana customers. The COP method actually penalized Indiana-based companies that do business outside Indiana by making them pay in Indiana, under the COP method, and again on that same income to states that apply MBS.

By switching to MBS, Indiana eliminates this potential double taxation of Indiana companies and now requires out-of-state companies to pay tax when their customers are in Indiana. Many states have made this switch in recent years. It is more sensible from an economic development standpoint and simply fairer. Besides helping Indiana companies directly and collecting revenue from companies outside Indiana, the switch also removes the disincentive for a service-based company to locate in Indiana. Previously, out-of-state companies were effectively discouraged from locating in Indiana because they would have been taxed on all their income once they moved here (instead of it being apportioned based on where their customers are located).

All, in all, this constitutes a very positive change in Indiana’s tax policy and the Indiana Chamber was happy to play a role in making it happen this legislative session.