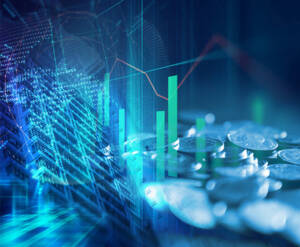 Over the last two decades, the Indiana Chamber and our BizVoice® magazine have reported numerous times on SBIR and STTR funding for entrepreneurs. Many of those stories – two from the archives here: 2003 and 2008 – lamented Indiana’s subpar performance in securing the federal dollars.

Recently, the State Science & Technology Institute (SSTI) released a thorough analysis for 2019, focused on the National Institutes of Health. As SSTI typically does, it presents an in-depth display of data (both current and past) through charts, maps and interactive tools. I encourage you to check it out.

The accompanying story notes some work to do in Indiana:

For example, nearly 63 percent of the $7 million in for-profit R&D funding Indiana receives from the NIH comes from SBIR/STTR awards. However, Indiana’s SBIR/STTR application success rate is only 16 percent and its SBIR/STTR funding per award is $366,232 – each measurement being lower than the national average. Given the state’s relatively disproportionate reliance on SBIR/STTR funding, if Indiana were able to increase both the average amount of funding per award and the success rate of applicants, it could see significant returns.

Business and government leaders have previously speculated on the historically low application and success rates in Indiana. State emphasis on the program has ebbed and flowed through the years, with different public and private sector entities in charge of matching and assistance efforts at various points.
There is no better time than now to change the scenario. Elevate Ventures, among its multi-faceted roles, is there to assist. A quick summary from its web site:

In Indiana, Elevate Ventures matches 50 cents toward every federal dollar awarded, for up to $50,000 in Indiana match per federal award. Since 2014, Indiana’s SBIR/STTR matching program has provided over $5.2 million to 73 companies in 13 Indiana counties. Collectively, these companies have attracted over $19.4 million in federal SBIR/STTR grants.

Good numbers, but there is the potential to do so much more. If your business-building efforts can benefit from additional funding – and who can’t – don’t overlook the SBIR/STTR possibilities. For those with mentoring/guidance roles, emphasize the possibilities.

This infographic provides further details. Let’s try to make sure future analyses talk about Indiana’s SBIR/STTR performance as above average.