The Indiana General Assembly is now in session! This year’s gathering of lawmakers is considered a “short session” and leaders have stated repeatedly they intend for it to live up to its name.

As such, it is a good time for stakeholders, including members of the tech community, to abide by Stephen Covey’s 7 Habits of Highly Effective People; most importantly, “Be Proactive.” And this is where you, the reader, can help on an important 2020 Chamber priority: Certified Technology Parks (CTPs).

Some might confuse CTPs with co-working spaces as both are considered business incubators. CTPs, however, are usually much larger facilities or a group of buildings within a designated area. For example, Purdue Research Park, which encompasses 725 acres just north of Purdue University’s main campus, boasts more than 50 buildings, 170 companies, 3,200 employees and 327,000 square feet of business incubation space. 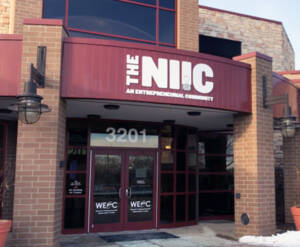 Furthermore, CTPs are the product of local redevelopment departments, which are established to improve certain areas of the community. The redevelopment commission, which governs the department, applies to the Indiana Economic Development Corporation (IEDC) seeking a CTP designation for all or part of the territory within its jurisdiction.

Another distinction is that CTPs are anchored by at least one business engaged in “high technology activity” that will create a significant number of jobs. This includes, for example, advanced computing, biotechnology, medical device technology and advanced vehicle technology among others. The IEDC requires CTPs to meet additional standards such as demonstrating significant support from a postsecondary educational institution or military research facility.

The issue on the table for the 2020 legislative session is money; specifically, bolstering the financial incentive CTPs need to thrive long term. CTPs receive tax increment payments – up to $5 million – beyond what they pay during their “base year,” which is the year prior to certification. Once they reach $5 million, which most of the 23 CTPs in the state have, then their base year resets and they recoup up to $100,000 annually assuming they continue generating more tax revenue. The problem is, they hit the $5 million cap because they are thriving and at full capacity, which means generating additional incremental taxes becomes a challenge.

So, between 2015-2019, the state collects $5.5 million. Each year, the state keeps $100,000 and the incremental amounts transfer back to the redevelopment commission. Now that HCTP has reached its $5 million cap, it can recoup up to $100,000 annually but only if the businesses and workforce within HCTP generate in excess of $1.9 million annually (the “new” base year).

The Chamber argues the law should be changed in two ways: first, CTPs should be able to recoup up to $500,000 annually. This amount better reflects the financial assistance that highly functioning CTPs need to continue providing high-quality services to their tenants. Second, the base year should not reset. CTPs are business incubators, which means they see more churn as companies grow and “graduate” from the CTP. In our example, replacement tenants are unlikely to generate enough revenue for HCTP to exceed the $1.9 million it generated in 2019. This means HCTP will not receive any financial benefit going forward.

What can you do? Be proactive – don’t wait until April to see how things turn out. Follow this issue and continue reading these Tech Talks. I’ll update readers on the status of CTP legislation, and I may ask you to contact your legislator to encourage them to support our proposed changes. CTPs play a vital role in improving communities throughout the state by creating high-wage, high-demand jobs. It would be a shame if they cease to exist because they are stripped of the financial assistance upon which they rely.