Tech Talk: Waiting for the Day That This Is Not a Topic

One week ago, we shared some of the important events, both recent and upcoming, that Indy Women in Tech and Women & Hi Tech are engaged in. The missions include introducing more young people to the STEM disciplines, enhancing diversity in the business community and providing women with the resources they need to be successful.

There is no shortage of anecdotal stories demonstrating the progress. Today, we offer some numbers on female entrepreneurship courtesy of Startup Nation. As is often the case surrounding this topic, there is plenty of momentum – but also a long way to go. 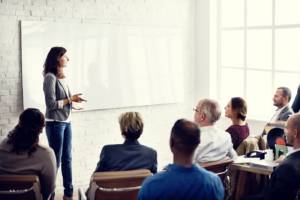 Those who took part in this national survey, however, are optimistic about both their personal situations and the future of women-owned businesses. Women with established businesses rate their well-being 1.6 times higher than their male counterparts and three times higher than women who aren’t entrepreneurs.

Seventy-eight percent of female entrepreneurs believe they have achieved work-life balance and two out of three think there will be more women-owned small businesses (compared to those owned by men) in the next 20 years.

Do you know what we look forward to? It’s the day when we can just talk about entrepreneurs – and not have to divide the discussion into gender or other factors. Let’s hope that day comes sooner rather than later.