The Heritage Group (THG), an Indianapolis-based business holding company, has typically operated somewhat quietly. But that lack of public notice should not be confused with any shortcomings in the success category. Founded in 1930 and controlled by the Fehsenfeld family, THG has an ownership interest in 31 companies and about 6,500 global employees. Approximately half of those people work in Indiana.

The quiet part of the equation has gone away with two major announcements this month. First came the introduction of HG Ventures, a corporate venture arm that officials said will invest up to $50 million in companies annually. That was followed two weeks later by the launch of The Heritage Group Accelerator, in which each of 10 selected companies will receive an equity investment of $120,000 and access to the financial, managerial and technical expertise of Techstars, a Colorado-based global leader with 40 accelerator partnerships. 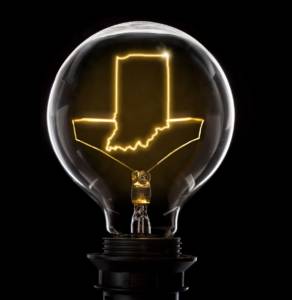 “Our culture is anything but traditional,” she said. “At the heart of it is innovation and problem solving. This venture strategy is the next step in our evolution.”

Will all the companies HG Ventures invests in be from Indiana? Probably not. Will every accelerator participant have Hoosier ties? Not likely. But Indiana entrepreneurs will have more than a fair shot at being included in both. Yes, THG is trying to strengthen its core strengths in the material science, environmental services and specialty chemical fields, but leaders are also placing an emphasis on helping further build the state’s entrepreneurial ecosystem.

Just like a handful of other recent developments, this type of investment would not have occurred five, eight or 10 years ago. It’s a continuing sign of economic momentum and a clear signal to the rest of the world that Indianapolis, central Indiana and beyond are not to be overlooked.

Earlier this year, Allegion launched a $50 million corporate venture fund. It stands ready to make investments ranging from $250,000 to $5 million or more. The focus of Allegion Ventures will be to complement the existing expertise in the security industry.

And just this week, it was revealed that an innovative sports tech accelerator (also a partnership with Techstars) is coming to Indianapolis in 2019. There is enormous potential in the Techstars SportsTech Accelerator Powered by Indy. Leading local sports entities and the state’s Next Level Fund (which the Indiana Chamber helped navigate through the 2017 legislative session) are the founding partners.

Kudos to these and other entities that are investing in the future of their organizations and our state.